A Voice in Congress

Rashida Tlaib has entered US Congress as the first Muslim-American woman of Palestinian descent . Sworn in while wearing her Palestinian traditional gown, the thobe, with its uniquely distinct embroidery that represents the town or city of origin in historical Palestine. She was holding a copy of the Quran in her swearing-in, and there was euphoria coming from her many supporters, as well as concern and confusion from those that fear a Palestinian making it to Congress will threaten the influence of Jewish-American representatives and the unquestioning support for Israel.

Her victory is historic and timely.  Historic, because with her election voters have empowered a member of US citizenry that has been in the political shadows for a long time. Hard working people who contribute an enormous amount to their chosen society who have not had the political support, clout or confidence required to enter mainstream politics like other groups have.  Timely, considering her election comes at a critical time for the country, for its democracy, for both Muslims and Palestinians who may now have the chance to change Americans’ perceptions of the Israeli occupation of Palestine. It is also timely because in a country like the USA – established by migrants and refugees - this watershed moment has finally come for Palestinian-Americans. Although late in it’s arrival, this moment must be celebrated - not disdained or condemned - and be recognized as a sign of the inclusivity, openness, and hope that can still be found in American society, culture and politics.  Most importantly, Tlaib’s story reflects the fact that all American citizens, irrespective of faith or ethnic origin, can be proud and unapologetic about their roots or faith.  It also reinforces the notion that in America, anyone – including the voiceless – can and should speak up to make themselves heard.  Voices like Tlaib’s will speak not only for one small community of Palestinians and Palestinian-Americans, but for a much broader audience that embraces common values and ideas: democracy, freedom, free speech, and justice above all.

Rashida Tlaib will represent Michigan’s 13th Congressional District, including Detroit and surrounding towns, which includes people from a broad range of cultural backgrounds who have supported her from the start of her political career. Her victory prompted a popular and inspirational Twitter hashtag (#TweetYourThobe) that has united Palestinian-American women across the country and women around the world.  Women have posted pictures of themselves wearing their own unique embroidered thobes in order to demonstrate both pride in their heritage and their overwhelming support for Tlaib, who represents the common values and dreams that inspire women, girls, refugees, Palestinians and Muslims. 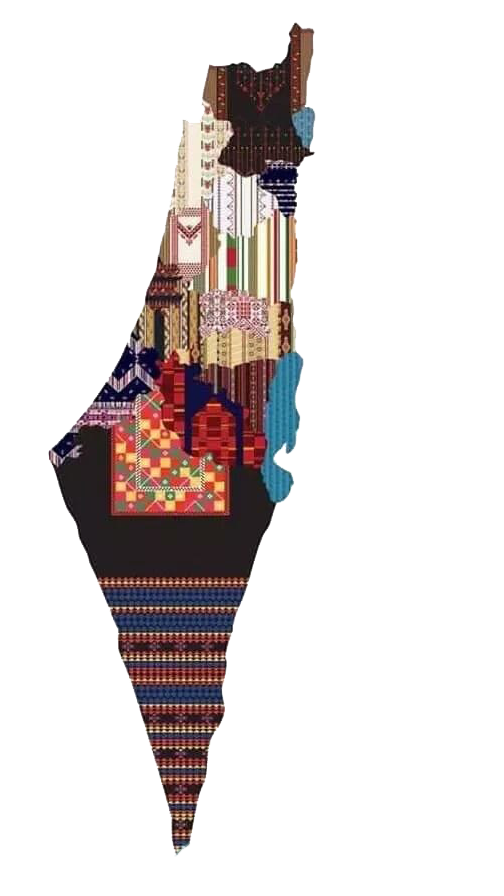 Meanwhile, Tlaib’s non-Palestinian supporters have also showed their immense support by posting pictures in their favorite clothes, proudly exhibiting their own heritage and personal political beliefs, something that Tlaib has long championed: encouraging everyone to be proud of who they are and to fiercely embrace their unique identities, and to never be ashamed of where they come from. It is with this simple yet far-reaching and profound idea that she has inspired her constituents and built a large base of support. Tlaib does not only represent Palestinian-Americans, but she represents men and women from all minority groups. Interestingly, she also represents the younger generation of Democrats, including Jewish Democrats, that support the establishment of an independent Palestinian state and who want to see the end of the Israeli occupation of Palestine.

Although she is not the first Muslim elected to Congress, many Muslim-Americans see her entrance into office – alongside the increasing number of Muslims being elected to Congress – as a sign of positive change that will keep them closely engaged in politics and not disenfranchised as they have been for far too long. It also provides them with the opportunity to make their voices heard and to challenge longstanding stereotypes and prejudices, and to inform the wider public about the realities and differences of the many Muslim communities that live in the USA. The ability to be sworn in holding the Quran during congressional induction ceremonies has also positively affected and impressed Muslim communities, and has been considered a crucial sign at a time when there has been all-out war against Muslims, in their own countries of origin and against Muslim immigrants in general.

This moment is also fundamental so that Muslims know that their presence in American life is not exceptional nor unequal, but exactly like everyone else’s: indistinguishable. This moment also serves to remind others what is too often forgotten: that Muslims have been present in the USA ever since its founding, they came with early European explorers and settlers and the principle of religious liberty enshrined in the ideals of the Founding Fathers included Islam. Muslims were citizens with the same rights and obligations as everyone else.  They too helped build America.

Tlaib’s victory is a triumph of American democracy. She has made history for being the first Palestinian-American to be sworn into Congress.  She enters the political arena with dignity and integrity, while espousing the very concept behind her victory: to embrace who you are and never be ashamed of it. With her presence in the halls of American power, her words will be magnified and will echo loudly to all Palestinians and minority groups, allowing them to remain proud, stop feeling delegitimized, and to not feel the need to constantly prove their humanity or to plead for understanding about their identity. She enters the world of American politics knowing who she is, who and what she represents, with confidence and steadfastness.  In stark contrast to her male counterpart, Republican Congressman from Michigan Justin Amash, she has not chosen to hide her Palestinian roots and conceal her identity, but to proudly exhibit and honor it. By winning and making it to Congress she is challenging the myth that Palestinians don’t exist, and has de facto put Palestine back on the map. For this reason, we can be certain that Rashida will attract great media attention that will be ruthless and unrelenting, that will try to discredit her for the mere fact that she and Palestinian-Americans now exist in the eyes of the American public. They exist with their heritage, their culture, their food, language and religion and with their thobes. They exist honorably.

Media coverage will also, unquestionably, contrast with that of her male counterparts that can easily get away with chicanery, untruthfulness and cussing. Her words and actions will carry a lot of weight, being outspoken as she is, every word will be scrutinized and examined and every act will be threatening, especially to those filled with fear and doubt, anger and resentment and uneasy about this outcome and its meaning for US politics. Most certainly there are those that fear debate and dissent, and those that have been accustomed to delivering and consuming one narrative, and then there are those who don’t fully understand or accept the history and reality of the country, or the fact that Rashida Tlaib is part of the American fabric and that the values she espouses represent the American people.

Rania is Vice- President of the official National Association Italia-Palestina,  headed by Marietta Tidei, Italian parliamentarian of the PD (Democratic party) and Vice-President and spokesperson of the Palestinian community for Rome and Lazio.