Diana Safieh With Archbishop Desmond Tutu on his vist to the London St John of Jerusalem Hospital, November 2013

When speaking about our work Archbishop Tutu said: “I heartily support the work of St John of Jerusalem Eye Hospital. Without this vital institution many would go without eye care because of money difficulties or the access issues which entrench poverty and dependence in the region. In treating patients from all backgrounds, this organisation is a bastion of hope for peace and health across the Middle East.”

Approximately half of the Palestinian population is like me, voluntarily or involuntarily living outside of Palestine. In my case, it was not a choice - my dad was denied the right to return home when he was at university in Belgium. He was 17, still a child. This happened to his brother as well so overnight my grandmother lost two of her three children. They were not allowed even to visit Jerusalem for the following 25 years. One of the few good things to come out of the Oslo Peace Process in the early 1990s (it’s apparently a very long process!) was that people like my dad and uncle can now go visit Palestine, but only as a tourist. In fact, when my father applied for family reunification, he was told he was not closely related enough to his mother for this to be granted. 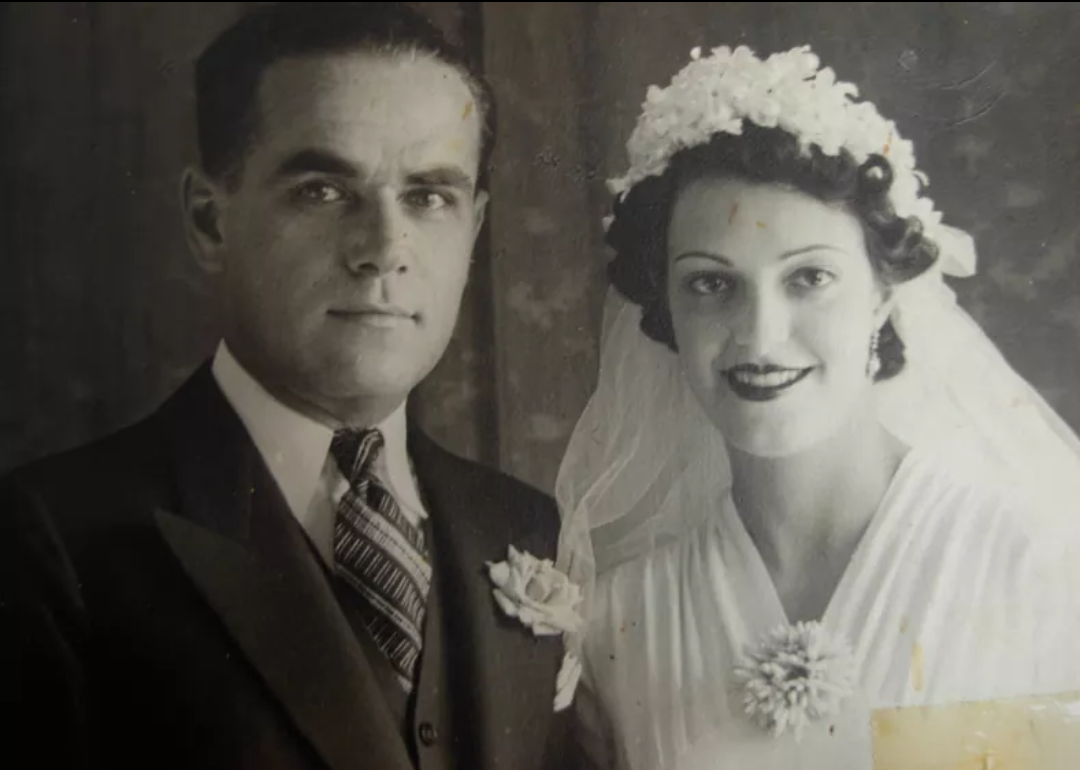 My grandparents, Emile Safieh and Odette, on their wedding in Jerusalem, 1939

Many of these Palestinians of the diaspora are also like me in that they are now mixed with something else. But my Palestinianness is by no means diluted. Many of us are fully integrated and assimilated in their new home countries. I even became British last year, God Save the Queen! But every single one of us will tell you our heart hurts when we see what is happening to our brothers and our sisters back home. It is only a mixture of birth lottery and sometimes the foresight of our grandparents that has made some of us refugees in camps in Gaza and others in the Royal Borough of Richmond. The heady cocktail of guilt, duty, sheer gratitude and nostalgia for what never was are often too overwhelming for us to process.

So why are Israel and Palestine in the news yet again? Israel closed Gaza's borders more than ten years ago, separating it from the rest of the Palestinian territories, and the rest of the world. Since then, no Palestinian can come and go freely, imports and exports are on the whole prohibited and the majority of the population are food insecure. That means they do not know where their family’s very next meal is coming from. Basic medicines and vaccinations are at zero stock, 90% of water sources are too polluted for consumption, and electricity is available for a maximum of four hours a day. Gaza is a very young population, with 45% under the age of 14. Most of these children would have seen not one, but three wars. This is why Save the Children call what is happening in Gaza  ‘a crisis for children.’ And all of this in the most densely populated area on the planet, where 2 million people are confined to their open prison.

The most disturbing statistic I read last week is that 50% of children in Gaza, about half a million children by my reckoning, express no will to live. The psycho-social impacts of living under such duress will be felt for centuries after we get our freedom, if that ever even happens. The story of a Gazan mother during the last war in 2014 is still emblazoned in my memory. She said every night she faced the dilemma of where to let her children sleep at night. Should she spread them out throughout the house, so if it is bombed in the night, there is a chance they are not all taken from her? Or does she make them sleep in her bed with her, so they all die or all survive another night together? Imagine asking yourself these questions every night?

A few months ago, the UN produced a report stating that Gaza would become unliveable by 2020. But who wants to live in these conditions now?

The recent violence is as a result of the following: in the context of the anniversary of the Nakba (when we lost our country and hundreds of thousands of Palestinians were massacred or exiled, then and since), and in the shadow of the US Embassy of Israel being moved from Tel Aviv (the recognised capital of Israel) to Jerusalem (agreed to one day be shared between Israel and Palestine), many Gazans took to the street to protest 70 years of refugee status and unspeakable living conditions. The result of these protests so far? Over 114 (that we know of) Palestinians dead, and several thousands injured. Were all these protesters doing so peacefully? In all honesty, no - but reports state that those killed and injured by the Israeli army were on the whole partaking in peaceful protest, and many were children. The UN have just released a statement that they saw no evidence that Israel tried to minimise the death toll, and Israel has rejected a call by the UN and the EU to investigate their actions further.

I don’t even know where I stand politically anymore. And I definitely don’t have a solution to this bloody mess. But this can’t be ok, can it?

My father, after being forced to remain in exile as a teenager, decided to dedicate his life to the issue of Palestine. I am not going to lie, having a father who works incredibly hard and for very long hours, with a lot of travelling thrown in, is not easy, especially when you are one of two incredibly attention-seeking daughters. But he taught me a lot about making the most of your opportunities and doing what you can for those with less of them.

As a result, I find joy in my work for St John Eye Hospital. We have hospitals and clinics all over Palestine and I work in the London fundraising office. We even managed to build a new hospital in Gaza soon after the 2014 war. We train doctors and nurses in ophthalmology so they can serve through our centres or other clinics and hospitals throughout Palestine. We treated over 135,000 patients last year, and whereas in the western world the average age of eye hospital patients is apparently 71, a third of our patients are children. Due to access issues, restrictions of movement, poor diet and consanguineous marriage, there are medical conditions rare in other areas, such as congenital cataracts and glaucoma in children, as well as issues common around the world, such as squints and adult cataracts. The great thing about eye care is that quite often a small and relatively inexpensive intervention can have momentous impact. A cataract surgery is not that complex or costly, and yet it can literally make someone see again. And St John offers all this on a means-tested basis, everyone receives treatment regardless of race, religion or ability to pay. This is beautiful to me.

The only thing keeping me from giving up hope entirely is being involved in such a positive force in the area. Maybe there are still sparks of humanity to be found somewhere in this world. We just need to keep an eye out for it, join it all up together, and make it impossible to ignore.

Diana Safieh has lived in London since she was 7, after stints in Belgium, the USA and the Netherlands. Her father is Ambassador Afif Safieh, currently Roving Ambassador with Special Missions, but previously representing Palestine in the Netherlands, the UK, the USA and Russia. He is also Deputy Commissioner for International Relations for Fatah. Dee (as she likes to be known) has a degree in Environment and Society from Kings College London and an MSc in Sustainable Development from Royal Holloway. You can find out more about Dee on her blog myfunnypalestine.com. After many years working for the charity sector, with a focus on Palestine, she now works as Individual Giving Manager at St John of Jerusalem Eye Hospital Group, the only charitable eye care provider in Palestine. Services include hospitals in Jerusalem, Hebron and Gaza, clinics in the Old City of Jerusalem and Anabta, a mobile outreach programme, a genetic research programme, a school of nursing and a medical residency programme. For more information, or to support their work, please click here
https://www.stjohneyehospital.org/
https://www.stjohneyehospital.org/donation-form