Tarek Bakri - We were and we still are here

Tarek Bakri is the 32-year-old who is behind “We were and we still are here”.  He helps those in the Palestinian diaspora who wish to reconnect with their towns and villages over come the barriers that exist. At the same time telling the story of the village or town. You can read more about this on https://www.facebook.com/Tarek.Ziad.Bakri.

Please tell us about the current situation in East Jerusalem?

On Monday October 1st, 2018 Palestinians living in the West Bank, Gaza and within the 1948 boarders held a General strike to protest Israel’s Nation State law which declares that only Jews have the right of self-determination in Israel. Throughout the West Bank schools, universities and businesses were shut in support of Israel’s 1.8 million Palestinians who hold Israeli citizenship.. Again, the overwhelming majority of Palestinians are choosing a nonviolent form of resistance to protest being deprived of their basic human rights.

In Jerusalem, the situation is at an all time low. The settlers in the old city are continually making problems at the Al Aqsa mosque.

Our freedom of movement is restricted. For example, I live in Jerusalem, but my work requires me to go to Bethlehem and Ramallah 2 to 3 times daily which I can not do without passing through the check points. So, daily I waste one and half to two hours at these check points.

Inside Jerusalem I live 500 meters from the apartheid wall. Sadly, slowly everyone is getting accustomed to the sight of this wall which is one of the elements that has been implemented to perpetuate the occupation. Before 1996 there were no check points and when these check points began to operate they were not as restrictive as they are today. It was possible for people to circumvent them but today that is impossible.

The situation continues to deteriorate but it’s funny how people are growing accustomed to life under occupation. For example, these days people are happy when an extra lane is opened at a check point or an umbrella is put up to provide shade for the people crossing on foot. All the while people are forgetting that if it were not for the occupation there would be no check points.

I like most Palestinians am forever hopeful that the future will bring freedom and justice to all regardless of their religion and or ethnicity. Justice for all also must include the Palestinian refugees as declared in Resolution 194 that "the refugees wishing to return to their homes and live at peace with their neighbours should be permitted to do so at the earliest practicable date. We Palestinians ask for nothing more.

Please tell us about “We were and we still are here”. What inspired you?

While I was studying abroad I met Palestinians from the diaspora who would tell me about the villages and towns their families had fled during the Nakba in 1948. During my holidays I would return home and visit these same villages, take photographs and send them to these friends. I was deeply moved on one occasion that my friend told me when he had showed his grandfather the picture of the village he had fled in 1948 that his grandfather cried.

During the Nakba 500 villages were destroyed. Many authors have written about these villages, but I thought to myself how much more powerful it is when the stories of these villages are linked with a person or a family who lived there. 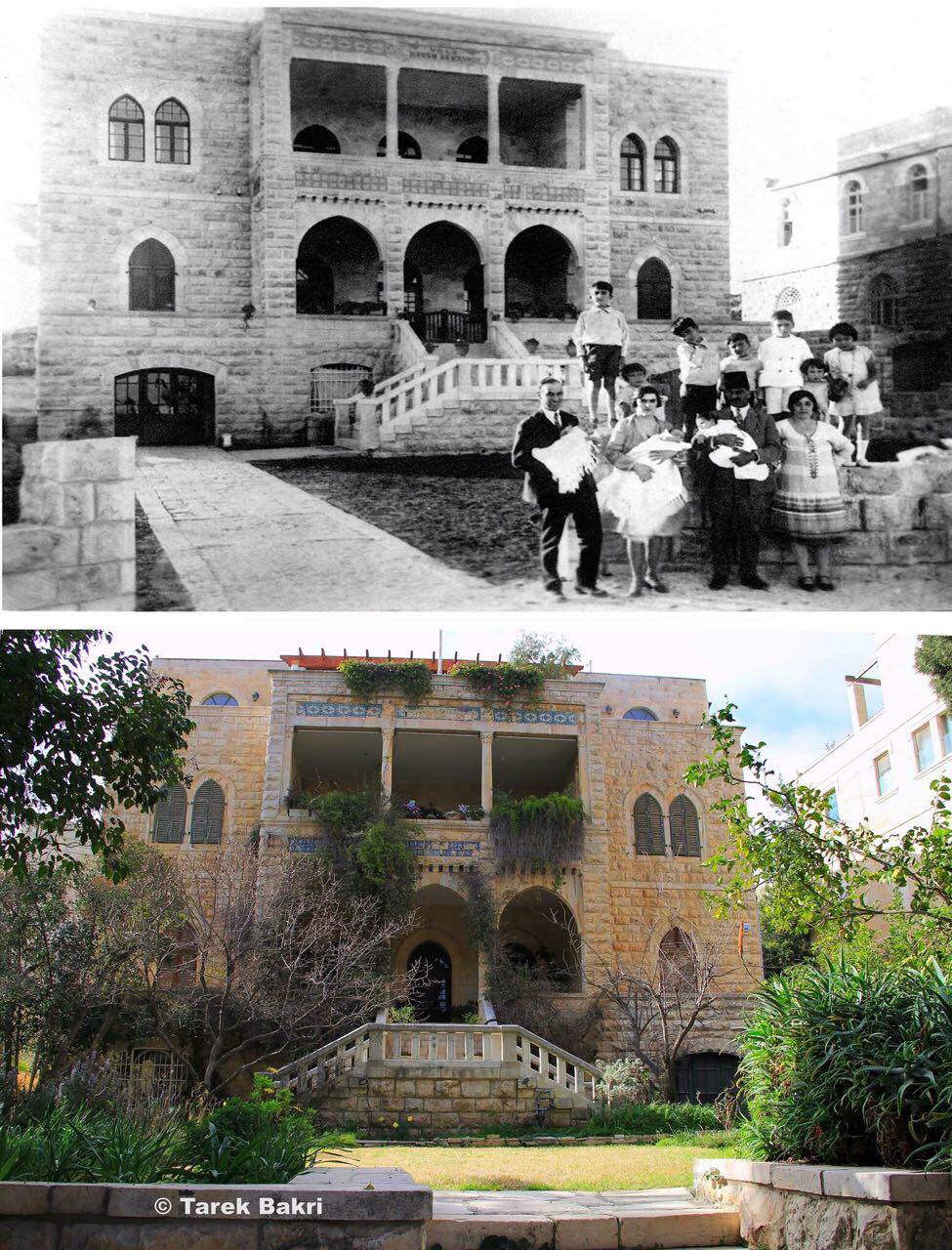 I visited Palestinian refugee camps in Lebanon and Jordan before returning home. The Palestinian refugees living there are not only deprived of their right of return but they can not even visit their ancestral villages. I was amazed how vivid these refugees’ memories were. On one occasion I was in a village near Tiberius and I made a video call to a Palestinian refugee family in Lebanon. There was the grandmother in her eighties surrounded by 20 members of the family including the 2nd and 3rd generation all with their gaze fixed on the screen. She told me the first building I reached used to be a school then she told me to turn left and walk down the road for 400 meters. She was able to guide me to the home she had fled and her eyes lit up when she saw it.  This made me realise how important it was to speak to this elderly generation and to document their experiences and discover new details. It was also an important humane initiative.

Then there is the Palestinian Diaspora who live in places like Europe, the Americas and Australia. They are able to visit but often feel there is a barrier. They are afraid to visit. I wanted to break that barrier to encourage them to come and visit. I wanted to revive the connection of the Palestinians of the Diaspora and those Palestinians who remained. After the Nakba many families were split. A sister who fled to Lebanon or Jordan would have not known what became of her brother who remained. There were no means of communication unlike to day.

I also felt what I do is extremely important as the Israeli government is continually attempting to rewrite history. The names of streets and areas are still being renamed and the original names are being forgotten. Signs are put up in Arabic but often no care is taken with what is written and words are misspelt and also include grammatical errors. Imagine there is no sign that marks out Deir Yassin and even the Palestinians have taken to calling it by the Hebrew name it has been given.

Finally, my work also helps to document life in Palestine before 1948. We had theatres, cinema’s, sports clubs, factories and railways. We must not forget our history.

What are your plans for the future?

"We were and we still are here” is a non-profit and although I have been approached by organisations offering to make donations I have refused as I want to remain independent.  At the moment, it is I who do all the work. I write about 3 to 4 stories a month.

I am focusing now on training 15 students from Jerusalem. Unlike those living in the West Bank or Gaza they have freedom of movement throughout the country. They will all be volunteers.  I have a passion for the work I do and only those who share my passion will be able to do it. I hope to find the right individuals and that way more stories can be written, and we can continue to spread the word.

In the future I plan to write a book which will include the stories I have collected.  I am also planning a website, so it will be possible for people all around the world to access what I have documented. 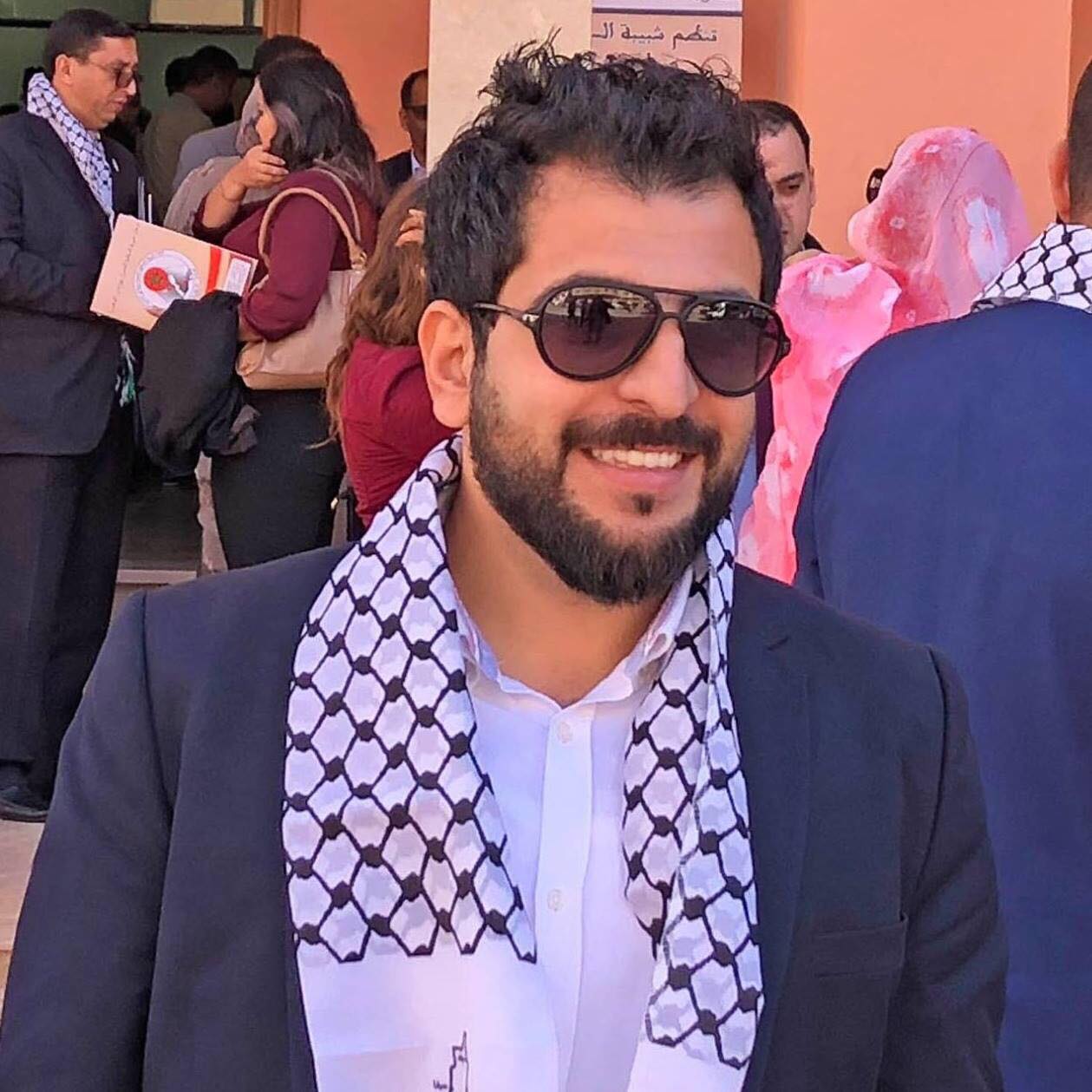 Tarek Ziad Bakri is a Jerusalem-born and raised computer engineer who completed his Bachelors degree from Al Ahliyyah University in Jordan.

Upon his return to Palestine, he began a journey of documenting the stolen homes of friends in the diaspora who did not have more than a picture in black and white of where their parents and grandparents once lived. As time passed by, Tarek embarked on more research and documentation of the racial cleansing and theft of the Palestinian villages, buildings, and shops at the micro level. He now speaks about part of his work in the lecture known as "Kunna wa ma zelna" - translating into "We were here, and still are here".

His lecture depicts the picture of Palestine before the nakba, as opposed directly with now. The key buildings in Palestine and how they were Zionized and who's inhabiting them now. Some stories are more to the public and some are at the personal level.

Tarek does not belong to or work under any institution or receive any supportive fund from anyone. It's been all a personal effort and journey so far. But hearing his lecture rejuvenates Palestine especially to those who think of the cause and the struggle as ancient history.